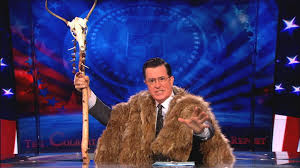 The internet is a horrible invention. It’d be one thing if Google was a portal to your dead parents or an app called “Waterboard a Banker” or if FaceBook scrolled jealousy updates, but instead, liars strip in its smoky cabaret. Videos, pictures and, of course, tweets written in black on a lily white screen are all shit out of a collective ass. Tweets about everything from China to religion to underwear are rarely wise, just hyped: they’re a list of blanket statements that when taken as a whole, are fucking toxic.

Yes, God bless Twitter, a farce starring everyone: ass-kissers; drunks; mildly funny white men; Marc Maron; a philosophical Indian; Obama; Kim Kardashian; Ai Wei Wei; snarky girls who write “cum” so followers do; Girls; jihadists; yellin’ liberals; gun-totin’ Libertarians; soccer stars; spiritual shit; vapid thoughts; ongoing wars- they all paint on that white background framed by Apple. Daily, I get pissed at some girl who “RT’s” Taylor Swift because her mind is a sieve that refines flour. I’m sure she’s preoccupied with online shopping sites and the shape of her tits, binge-eating mascara like Pac-Man; hunting men like a Call of Duty console. Better to get angry at America’s billionaires, who’ve turned this country into a zoo for sedated animals; for lions, antelope, rabbits and insects lying in a food coma, too jaded to shake the cage. Neo-capitalism doesn’t work, but rules like a god. It’s an Apollonian wildfire- a hot breathe that sears the land. We civilians just sit and watch it burn.

All November, I laughed at The Colbert Report like a French widow. Colbert is our plutocracy’s Moliere; he rubs self-indulgence in our face like a frat boy who enjoys a Big Mac in front of Russians. While other news parodies (all helmed by Caucasian men, except The Nightly Show) jab at the status quo thoughtfully, Colbert whips out his cock and urinates on the tree of shame-his conscience is free. He admits to being part of the “Apple” construct while it rusts, to having one foot in Goldman Saks and the other in moral outrage. And so, he embodies the new American archetype- the political bipolar. He’s a money-making, pro-choice, porn-watching, civil rights-driven, Mexican-fearing patriot; a mélange of contradicting views whose blend aptly embraces America’s political complex. The Southerner has a classy suit but the brain of a whore; the right and left sides work together to fuck everyone in the government. The Colbert Report reflected everyone’s distrust of both liberals and conservatives-his erratic opinions were a metaphor for their twitter feeds.

I’ll never forget when Colbert asked the President: “Now, Mr. President…we don’t see eye to eye on everything…. but let me ask you this: Barack Obama, great president or greatest president?” Obama blushed. Again Colbert, the highly caffeinated, sociopathic flirt, made our hearts beat with lefty mixed messages. A star amid plodding comets, his gaze is so direct and his jokes so penetrating, he really slays when the show’s termination is announced. Who else is going knock out Michelle Bachman, Fox News and political correctness in one round and then, like Mohammed Ali, declare, “I am the greatest”? “The Nation” cheered this for a reason-he is. Colbert is the diva who riotously sang America’s partisan opera.

This essay was published by Zeitgeistworld, the online mag for cutting edge, elegant, homoerotic fashion.

© 2016 by Laura Dinnebeil. All rights reserved. Unauthorized use and/or duplication of any material on this blog without express and written permission from this blog’s author/ owner is strictly prohibited. Excerpts and links may be used, provided that full and clear credit is given to Laura Dinnebeil with appropriate and specific direction to the original content.
%d bloggers like this: